I am still plugging away at my UFO list.

When I first began quilting (1997) I only had one project going at a time. A few months later, I decided that it was so much more fun to start new projects. You know, to spice things up a bit. So, I created this rule that I could not have more than five (5) projects going at the same time. I had to finish one project before I could start a new one.

Approximately six (6) months later I increased it to ten (10). I remember one year working on my quilting UFOs and bringing the list down to zero just so I could start new projects. I had so many quilts I wanted to make. At that time I didn't keep a list, I just had them all in baskets, scattered around in my quilting studio.

I don't know what happened but along the way I threw out the rule. Since early 2007, I now keep a record of my projects, the date it was started and completed. 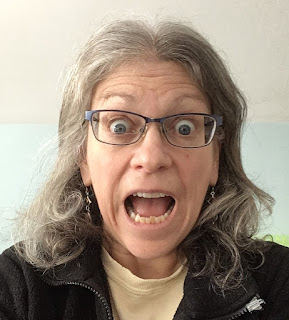 OMG, I better get stitching, quilting .... whatever it takes!

Since I've been working mainly on wool work, I decided that I needed to finish a hand applique quilt. I picked up the project Idaho Lily, started November 1, 2014. This project is from Kim Diehl's club Simple Whatnots!

There were three of these blocks that needed to be appliqued. 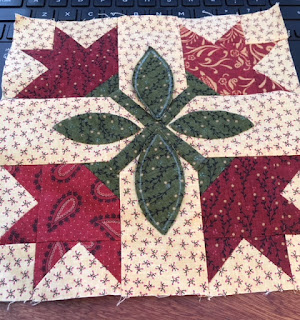 No more foolin' around! I got busy so that I could piece the top. In no time, well in a bit of time, I brought it from this. 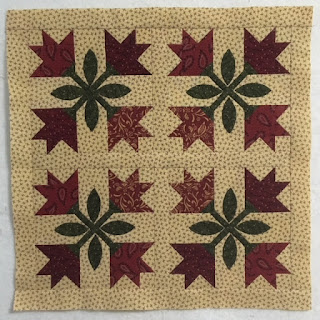 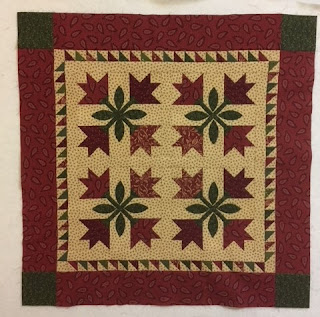 It has since been machine quilted and the binding done! In other words, another one bites the dust.

Thank you so much for stopping by my little corner in cyber space! I'm off working on some more quilting UFOs.

Well done, great finish. I don't know many quilters who don't struggle to keep on track with finishing projects before they start another. I have a moratorium every few years and make myself focus on finishing UFO's as my first priority....but even then the lure of new projects is still strong!