Wow, another year gone by! Hard to believe! Goodness how time flies when you're having fun!

I sort of took a small break from blogging in December ... not sure if you noticed but the post were far and few in between! Not for lack of content, more because I had not been feeling that great.

In the beginning of December 2016, I attended a week long Tony Robbins business retreat in Boca Raton, Florida. 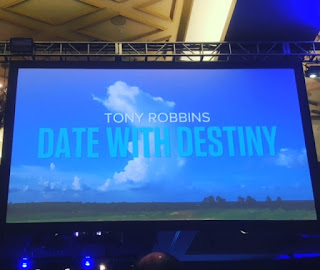 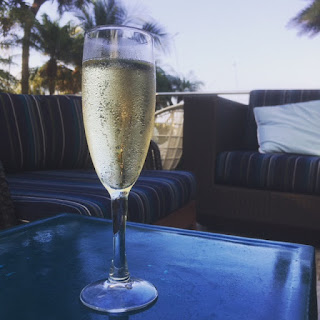 Afternoon champagne .... compliment of the hotel! 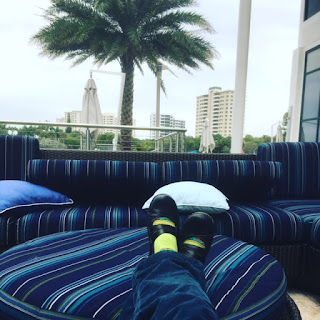 A girl could get used to this .... notice the socks? I forgot when I packed that I was wearing open top shoes ... Funky sock time!

Before you question my choice of attire for Florida weather ... In the hotel where the retreat took place, it was around 60F (16C).  They had extra AC units pumping cold air all week!!! Yea, it was a pants and long sleeves week!

From Thursday onward .... it was all work and no play!

My daily morning greeting on my walk to the retreat ... 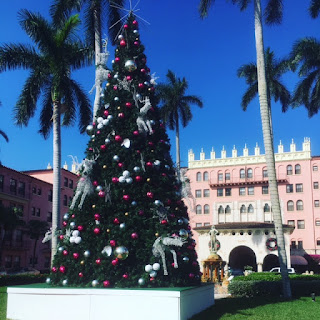 There's something about Christmas decorations in Florida that just doesn't look right to me. Where's the snow? lol 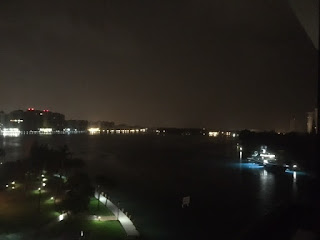 On the last morning, I enjoyed a leisurely breakfast outside ... so serene! 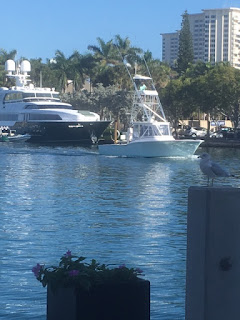 It was the only day where it was actually nice enough to sit outside. The temperatures throughout the week were around 82F (28C) with high humidity.

There were over 3,000 attendees from 36 different countries .... That's a lot of uncommon germs floating around. I'm sure you guessed it .... I came down with the flu the first morning of my return home. It still hasn't completely left me .... it's been quite the battle for the past 3 weeks .... but I think I'm winning. lol

Thanks for stopping by and reading about my business retreat. I had an amazing time, learned so much! Catch you later!  Cheers!
Posted by Carole at 12:10:00 PM

Email ThisBlogThis!Share to TwitterShare to FacebookShare to Pinterest
Labels: Fibre Junction, Gratitude, Holiday, inspiration, Life the Universe and everything else, Photography, travels

It's generally a great time of the year to visit FL. The hotel looks very familiar. I think we've attended conferences there. Is that the BR Resort?

I hope you feel better soon. I was fighting that off too, seems everyone got it. I found D3 to be the best remedy to keep it at bay.