I've really been pushing the envelop! The next wool quilting UFO I tackled didn't have much done. Some of the pieces, two trees and snowmen, were cut out as well as the background.

I rolled up my sleeves and begin working on the snowmen, sewing micro buttons, giving them a nose and some eyes. I just love snowmen! 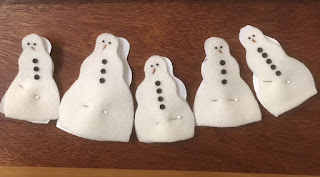 Once that was done, I just kept plugging away until .... 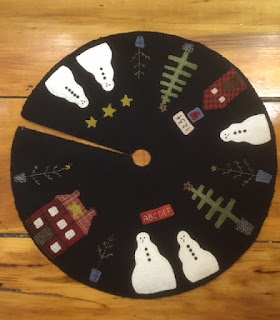 The pattern is called Under the Christmas Tree by Renee Plains (Liberty Star). I just love the way it looks under a tree! 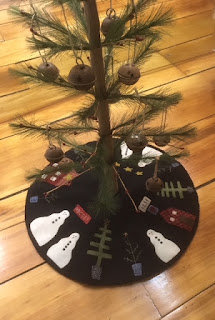 I will be doing a tutorial on how I completed this project. I had to deal with my fear of cutting out a project to become a tree skirt!

Thanks for stopping by! Catch you all later! Cheers!
Posted by Carole at 2:10:00 PM