Well, the last blocks of Modern Building Block quilt were a challenge. Not sure why, because they were simple blocks. I think by then, I just wanted to get it done.

It took me forrrrrrever to get the half square triangles sewn on in the right direction. I lost count of how many time I used the seam ripper! 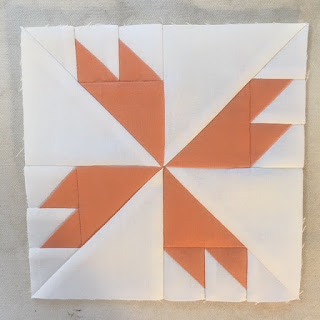 I also could not, for the life of me, figure out how to piece it. Thinking I made a cutting mistake, I cut more larger half square triangles ... LOL Yea, an hour later the block was pieced correctly. It was as if my brain just, for whatever reason, could not wrap itself around how the block was constructed.

Oh, and this one, well I way over cut the pieces required! 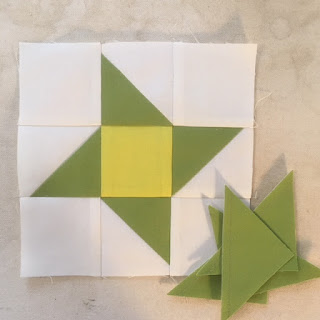 Anyone need any half square triangles? lol

Finally, once those last two (2) blocks were pieced ... I didn't dare attempt to piece the top. I mean, it would have been seam ripper city here. LOL 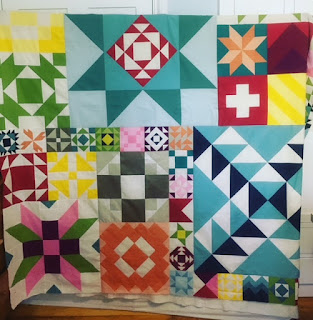 Now, it's time to set a play date with Penelope!

I hate days like that!! It all turned out beautifully.

Oooh, aren't they all so pretty? Looks like your perseverance has paid off!

Good for you for managing that hurtle! It looks nice, cant wait to see what "Penelope" thinks!
Miss ya, we need to get together sometime. Hugs