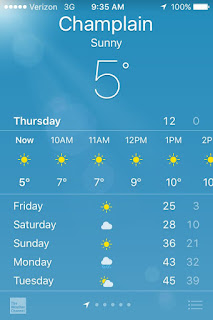 We're talking -15C and that has not been the coldest this year.

This has been a strange winter. Very little snow and lots of rain. So much so that we had some damming issues with the river down the road from us with possibility of flooding but now .... 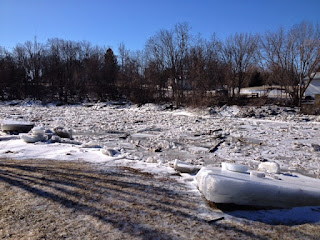 It's all iced over with lots of debris from fallen trees! All of the major snow storms have missed us.

Not much is going on in my quilting world. I've been in a stitching mood as of late. Should have something completed in a bit.

In the mean time, I'll share a photo from made up photo essay I'm calling Randomness in my backyard! 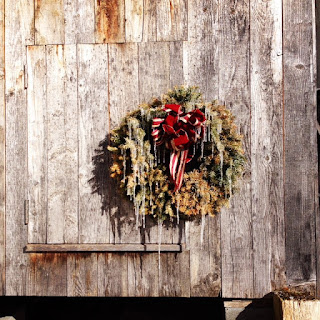 I have been watching your temps with awe!! Cannot imagine living with that sort of cold. Here we have a late burst of summer so 35C today. If I could shave 10 or 15 degrees I would seal it up and post it over.

I am enjoying less snow and hope Spring arrives early, lol. I am so ready to get out for walks and get back in shape, I get lazy in the winter. Today I need to buckle down and get the baby quilt put together and doing a photo frame for my son, so indoor activity when the ran and snow hits today.

I feel like we were ripped off this winter LOL. I think we only had one time where it dipped below 10F and I haven't had to use our snow blower at all -- like you, all the major storms missed us. Oh well, there's always next year. Stay Warm!!!